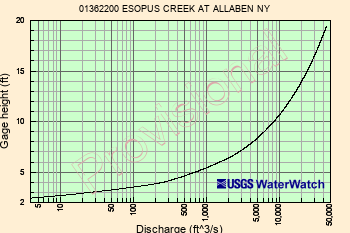 Flow exceeding 1,000 cfs may cause backwater and affect the stage-discharge relation at Diversion from Schoharie Res (01362230).

Summary of all available data for this site
Instantaneous-data availability statement
Questions about sites/data?
Feedback on this web site
Automated retrievals
Help